The practical limits of networks?


Network techniques are becoming more widespread in biology and anthropology. However, the data in both of these disciplines can form very complicated patterns, indeed; and there must be practical limits to what one can do with a network analysis. This post discusses an example that covers both disciplines, and which may well exceed those limits.

The data come from: 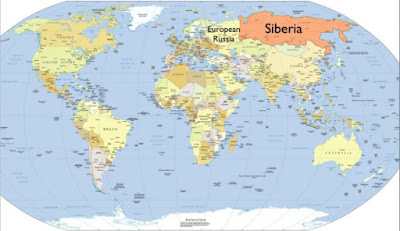 
Siberia is an extensive geographical region of North Asia stretching from the Ural Mountains in the west to the Pacific Ocean in the east, and from the Arctic Ocean in the north to the Kazakh and Mongolian steppes in the south. This vast territory is inhabited by a relatively small number of indigenous peoples, with most populations numbering only in the hundreds or few thousands. These indigenous peoples speak a variety of languages belonging to the Turkic, Tungusic, Mongolic, Uralic, Yeniseic, Chukotko-Kamchatkan, and Aleut-Yupik-Inuit families, as well as a few isolates. There is also variation in traditional subsistence patterns ... This linguistic and cultural diversity suggests potentially different origins and historical trajectories of the Siberian peoples.

Previous studies of the genetic history of Siberian populations were hampered by the extensive admixture that appears to have taken place among these populations, because commonly used methods assume a tree-like population history and at most single admixture events.

This suggests the use of network techniques, instead of tree-based ones. However, under the circumstances described here it may be unwise to try to produce a phyogenetic network. The situation, as described, does not resemble a "tree with reticulations" but more of an "anastomosing plexus". The latter may be more confusing than helpful, when visualized as a network.

So, the authors do not mention the word "network" nor even "reticulation". Instead:


Here we analyze geogenetic maps and use other approaches to distinguish the effects of shared ancestry from prehistoric migrations and contact, and develop a new method based on the covariance of ancestry components, to investigate the potentially complex admixture history. We furthermore adapt a previously devised method of admixture dating for use with multiple events of gene flow, and apply these methods to whole-genome genotype data [genome-wide SNPs] from over 500 individuals belonging to 20 different Siberian ethnolinguistic groups [plus 9 reference populations].

The results of these analyses indicate that there have been multiple layers of admixture detectable in most of the Siberian populations, with considerable differences in the admixture histories of individual populations.

The admixture (or introgression) patterns among the populations are illustrated using a map. Each bar represents a population, with the colors denoting the different enthnolinguistic groups. Note that every population shows admixture.

The reconstructed migration relationships among the populations are also illustrated using a map. This time, the colors of the arrows represent the different ethnolinguistic groups.

I would not like to have to represent these patterns using a network, and make that network comprehensible. So, this dataset may exceed the practical limits of networks.