A timeline simply represents the timing of certain events. These events are presumably related in some way, but they do not necessarily refer to the history of a set of objects, or even concepts, as we might expect for an evolutionary history. Here is classic example of a perfectly valid timeline that refers to a disparate set of objects / concepts. 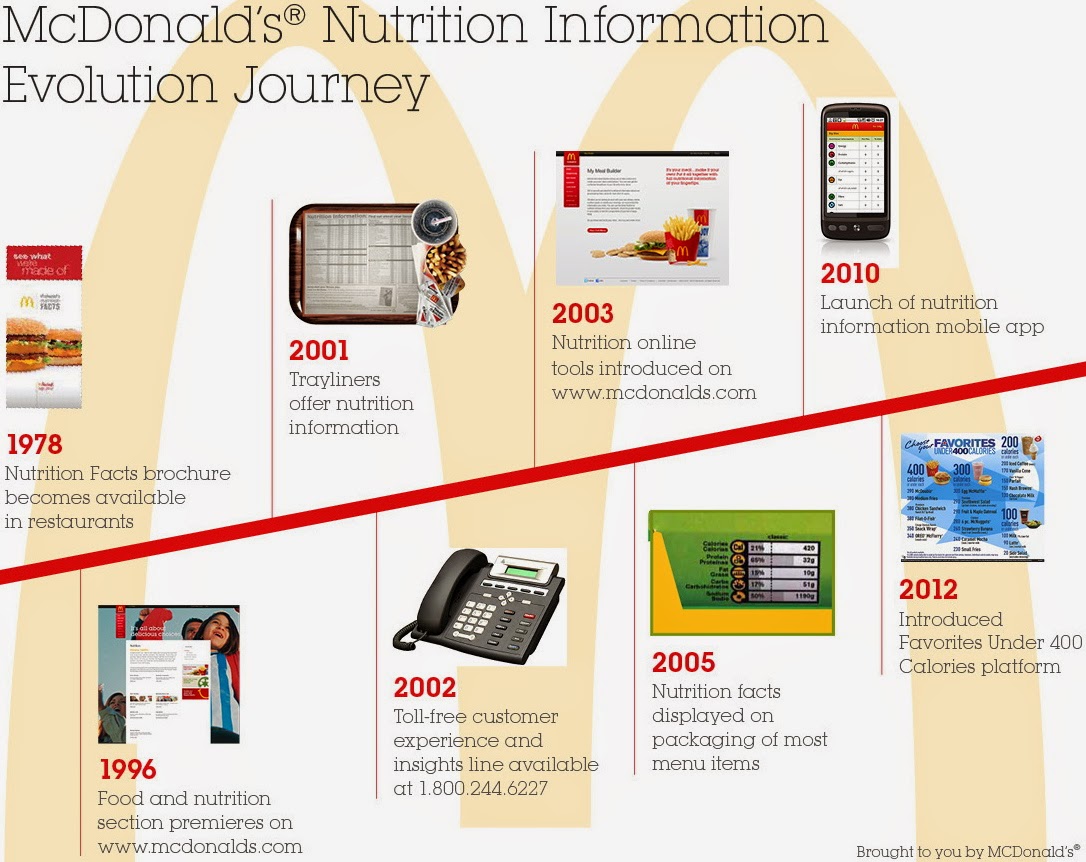 Apparently we are expected to infer from this timeline that McDonald's attitude to providing the public with information about the nutritional value of their fast-food products has changed over the decades. But the idea that this changed attitude might involve some sort of evolutionary process is stretching an analogy a bit too far. The timeline certainly represents a journey, as claimed, but not an evolutionary one.

There are plenty of examples of this use of a timeline to represent transformational evolution. For instance, consider corporate logos, such as those of these two well-known beverage manufacturers. Each new logo replaced the previous one, thus providing an analogy to evolution of a single object. 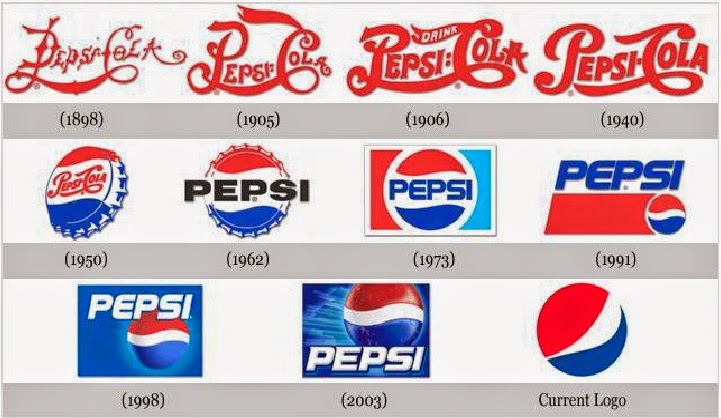 The word "evolution" as used here is not one that a biologist would use, but many other people would do so. Bank notes in the USA show a similar phenomenon — in this case, the people involved appear to get younger through time! [The same thing happens on the $100 bill, as well.] 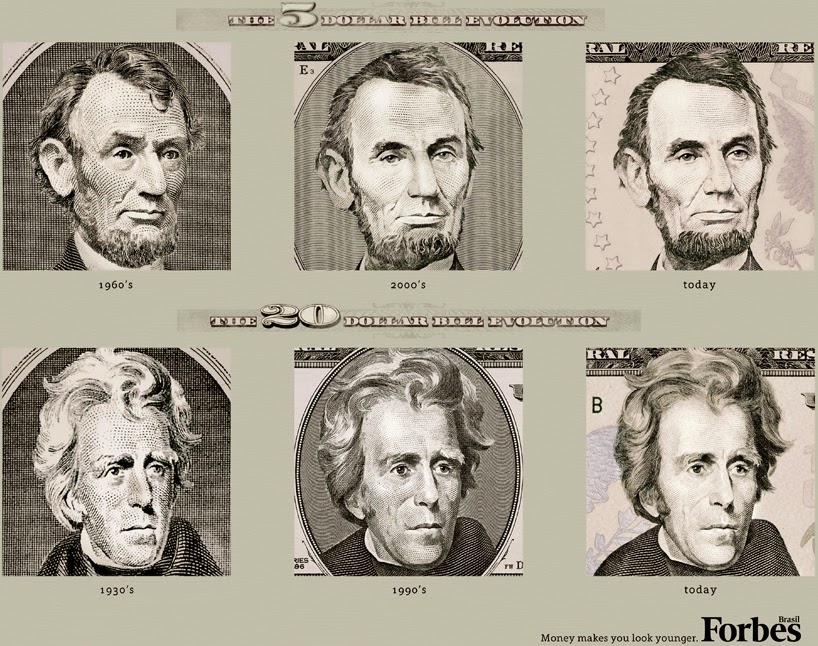 We can even take the idea of transformational evolution and use it for prediction, as was done by Takeshi Fukuda in 2002:

However, biologists do not see the evolution of organisms in this way, at all. For them, evolution is a process of variation, with lots of new forms appearing and some old ones disappearing. So, rather than an ordered series of forms, each one replacing the previous one through time, biologists see an increasing diversity of forms that is counter-acted by loss of forms (ie. extinction). This is "variational evolution" rather than transformational evolution.

Variational evolution is usually represented using a phylogeny, which will be a network or a tree, depending on the particular history, rather than a timeline chain. A phylogeny shows the relationships among a wide variety of objects, many of which will exist (or have existed) at the same time. There may have been replacement of some objects by others, but in general it is the diversity of objects existing at the same time that is of principal interest.

The issue here is that a timeline is a poor way of representing variational evolution. A timeline enforces a linear ordering of relationships, solely because "time's arrow" has one direction only. But a linear temporal order cannot reflect the complex evolutionary relationships among the objects.

Consider this example from McDonald's in Canada. There is a clear timeline here but it does not refer to transformational evolution — instead, it refers to variational evolution. These breakfast items have not necessarily replaced each other, and thus their evolutionary relationships are more complex than can be represented by a timeline. 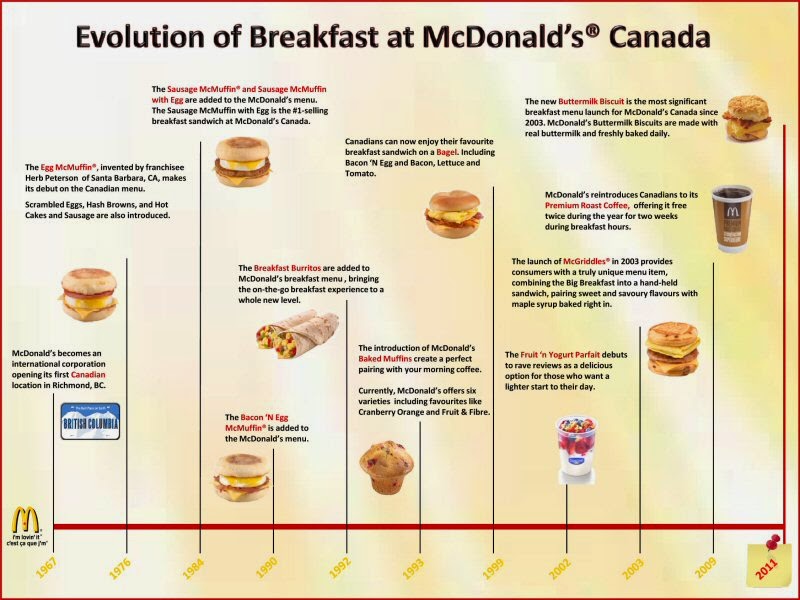 Here is another seemingly simple image from McDonald's but with the same complexity problem — it is variational not transformational.

And finally, here is a much more complex history from Apple computers: 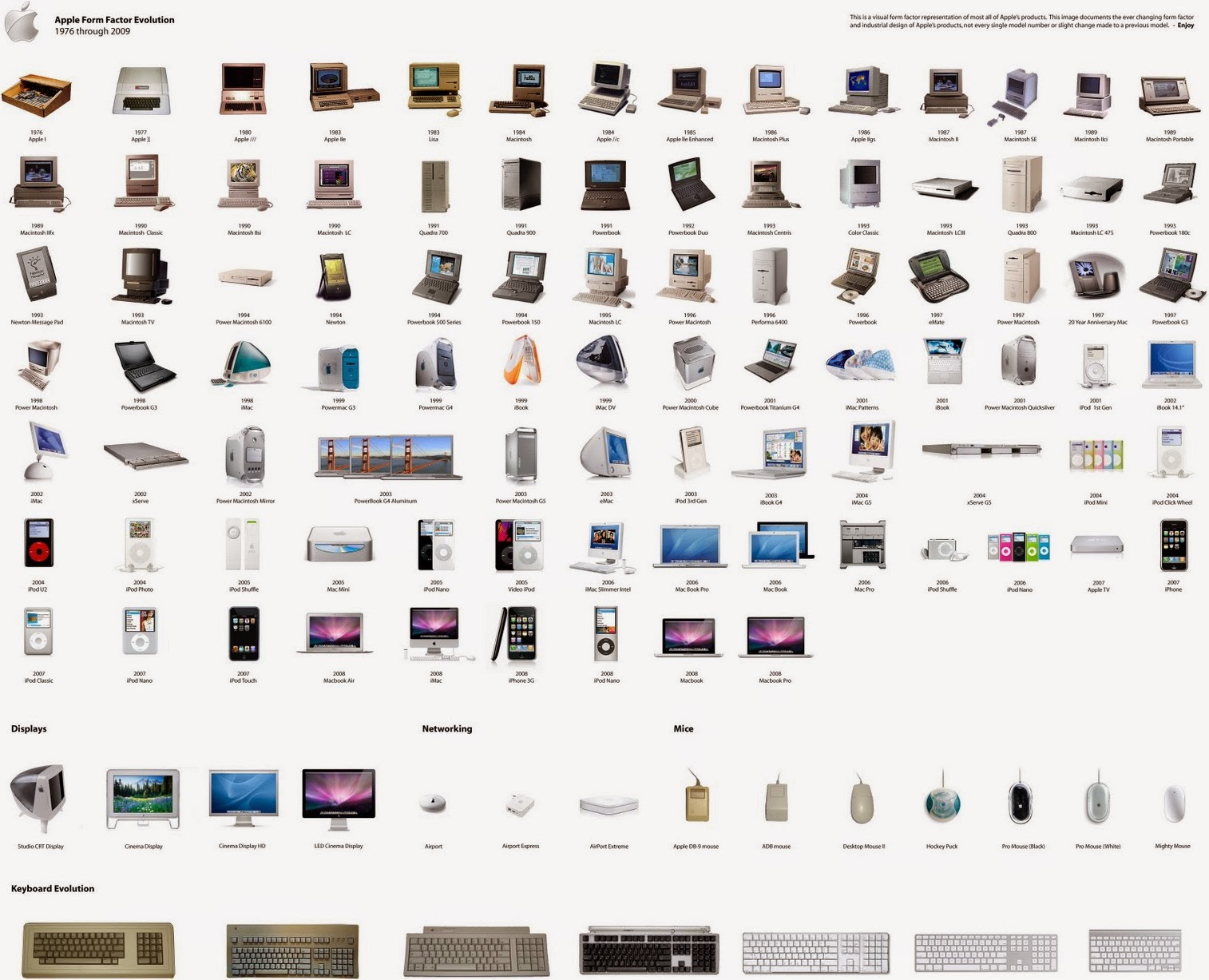