It is possible to produce a phylogeny of any group of objects that vary in their intrinsic characteristics, and where those characteristics can be inferred to vary through time. I have previously reported some examples of a Tree of LIfe where "life" has been interpreted very broadly, to include legendary figures, cartoon animals, pokémon, and dragons (see Faux phylogenies). Here, I broaden the scope even further.

This first example comes from the July-August 1998 edition of the Annals of Improbable Research (vol. 4, no. 4), in which Joe Staton published an article entitled Tastes like chicken? It contains the following tetrapod phylogeny onto which has been mapped what they taste like. Note that Homo sapiens is included. 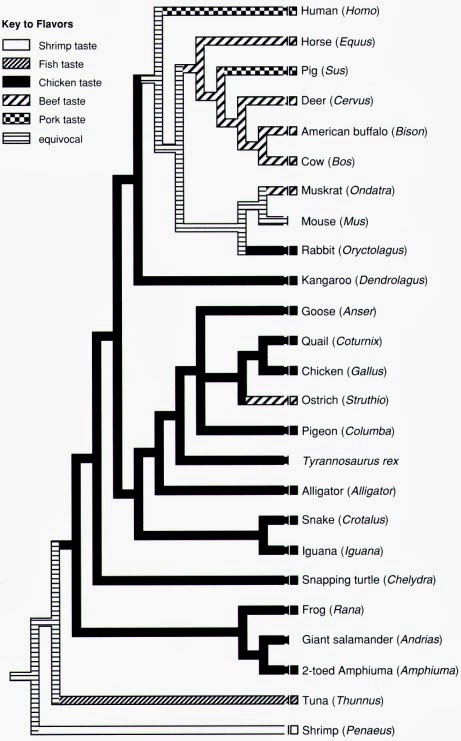 Following the taste theme, Nash Turley works on community phylogenetics, and this has lead him to contemplate the phylogenetics of his own breakfast. This vegetarian feast contains 15 species in 11 families. 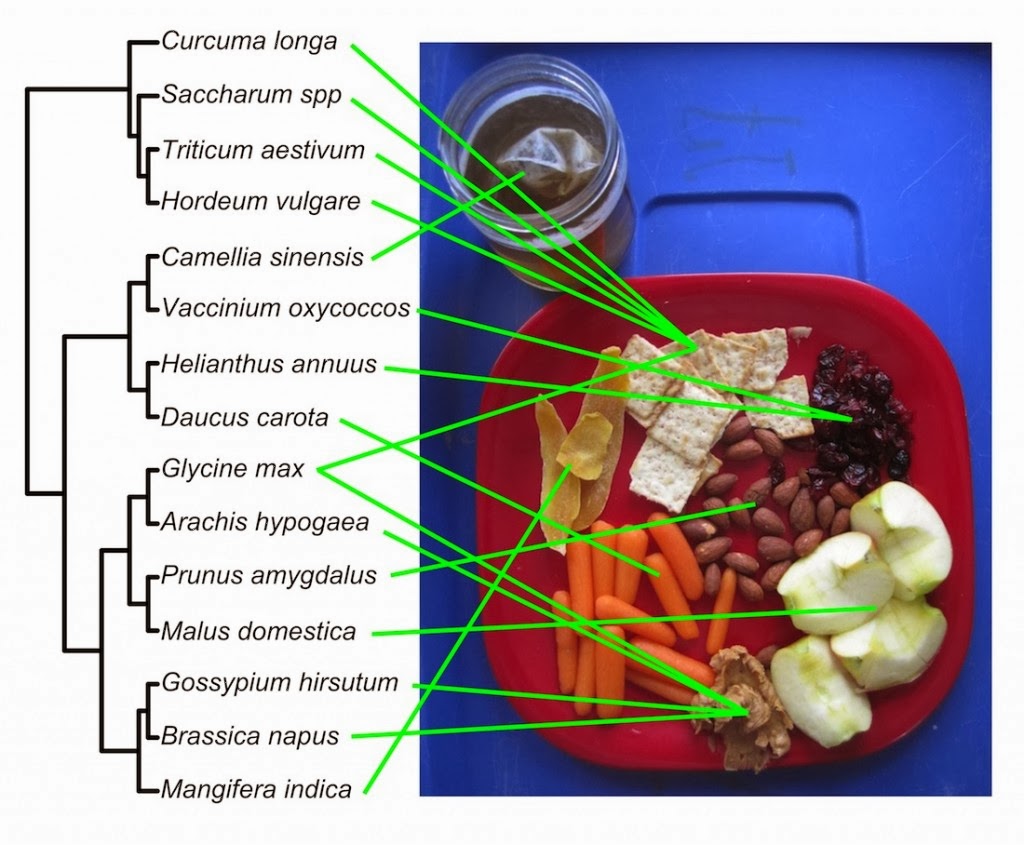 Moving on to cultural evolution, Morgan Jackson has investigated how insect blogs are related to each other. His phylogenetic analysis of entomology blogs was based on blog morphology, physiology, geography, ecology and behaviour. It produced the following tree, onto which has been plotted the insect families concerned.

In a similar vein, when the blogger known as Psi Wavefunction hosted the 20th Carnival of Evolution, this was summarized as a phylogenetic tree. The tree was produced by the simple expedient of aligning the URL addresses of the Carnival submissions and performing a parsimony analysis, based on treating the letters as amino acid codes. I can't believe that it worked. 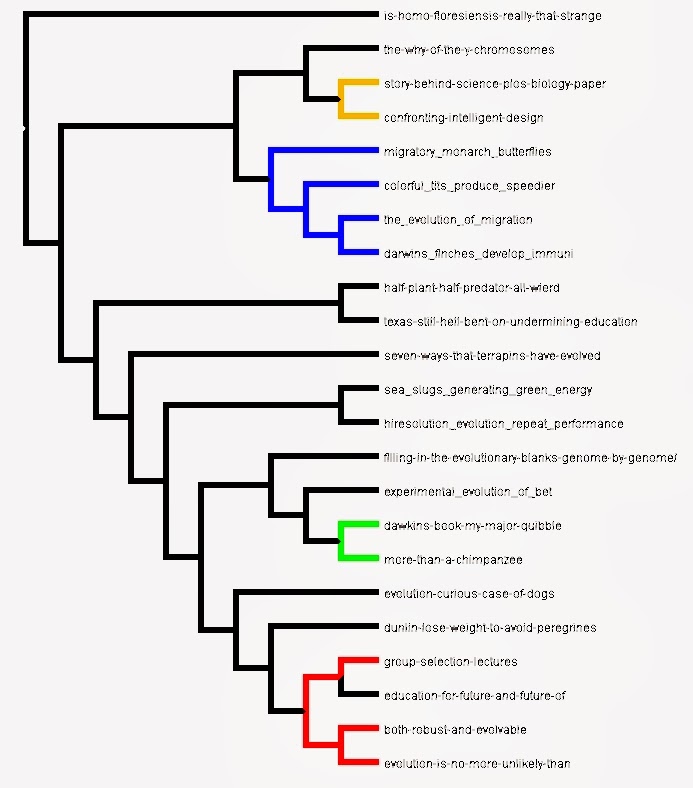 Finally, Megafouna Software has produced a phylogeny of Android bubble shooter games, based on a small set of their features. 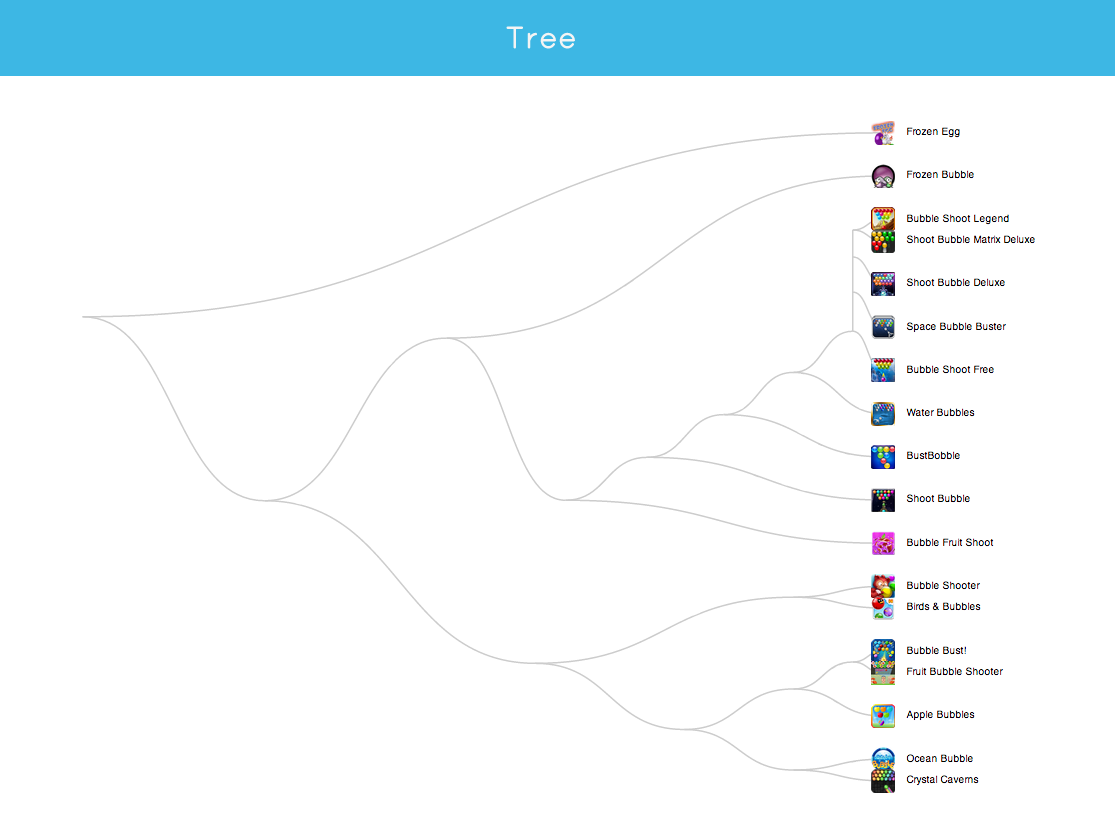