The kabbalistic Tree of Life is a network


The Tree of Life and the Tree of Knowledge are images that have appeared in many cultures throughout the world. They are often combined as a cosmic or world tree, with the tree of knowledge supporting the heavens and earth and the tree of life connecting all living beings. However, the word "tree" is obviously rather nebulous in these images, and it can take many forms.

In the christian Bible these trees appear in the garden of Eden in a more restricted form as the Tree of Eternal Life and the Tree of Knowledge of Good and Evil. Even here, though, it is not clear whether they are one and the same tree. For example, only one tree is mentioned in the book of Revelation, when promising a new Eden.

The Tree of Knowledge was co-opted in Medieval times as a symbol of learning, and a metaphor for arranging all human knowledge, the Arbor Scientiae (see Relationship trees drawn like real trees). This idea was adopted by biology in the 1700s, where trees were used as metaphors for the relationships among biological species. In modern parlance, these depicted affinity or phenetic relationships, and so they represented knowledge (not life). In the mid 1800s Charles Darwin (in the Origin of Species) took this pre-existing tree idea and instead made it represent evolutionary relationships among species. In the process he re-named it the Tree of Life, thus once again uniting the Tree of LIfe and the Tree of Knowledge. We have been stuck with the ToL name ever since. 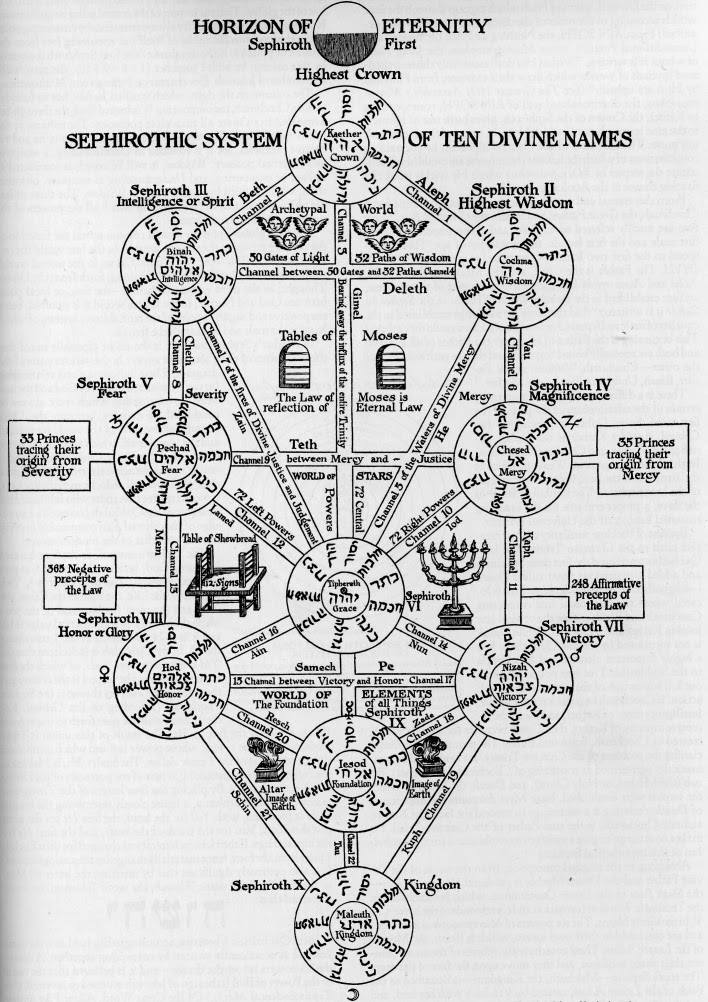 At about the same time as the rise of the Arbor Scientiae, a combined Tree of Life and Tree of Knowledge also appeared as the central mystical symbol of the Kabbalah of esoteric Judaism, consisting of the 10 Sephirot (enumerations). It is shown above in its full modern form. This is a reinterpretation of the Hebrew Bible, conceptually representing a list the attributes of God (how God emanates).

In the Kabbalist view, both of the trees in the biblical garden of Eden were alternative perspectives of the Sephirot. The 10 Sephirot are arranged into three columns, with 22 Paths of Connection. As a tree, it has roots above and branches below. To quote Wikipedia:


Its diagrammatic representation, arranged in 3 columns/pillars, derives from Christian and esoteric sources and is not known to the earlier Jewish tradition. The tree, visually or conceptually, represents as a series of divine emanations God's creation itself ex nihilo, the nature of revealed divinity, the human soul, and the spiritual path of ascent by man. In this way, Kabbalists developed the symbol into a full model of reality, using the tree to depict a map of Creation.

The Kabbalah started without an image, being described solely in words. The diagram of the Tree used by modern Jewish Kabbalists is usually based on the diagram published in the print edition of Rabbi Moses Cordovero's Pardes Rimonim from 1591 [composed 1548], and sometimes called the "Safed Tree". It is shown in the next figure. 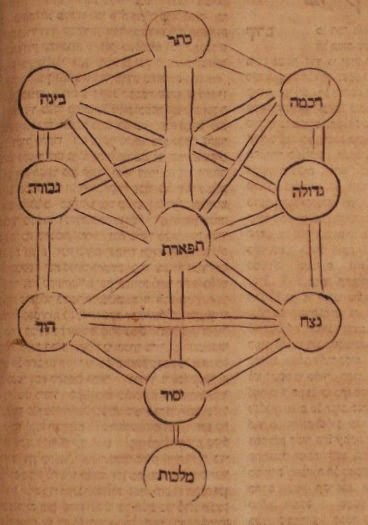 One of the earliest illustrations comes from the 1516 Portae Lucis of Paolo Riccio, a Latin translation of Joseph ben Abraham Gikatilla's most influential kabbalistic work, Sha'are Orah (Gates of Light) from the 1300s. It is shown in the next figure. 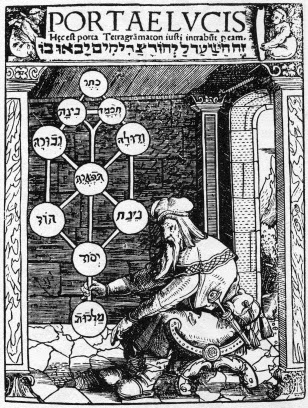 There are actually two modern version of the Kabbalah. The one shown here in the first illustration has the crossing diagonals lower down than does the one shown in the second illustration. The one with two diagonals at the bottom is an earlier version that is still favoured by Hermetic Kabbalists. Both made their first public appearance in the Pardes Rimonim.

Email ThisBlogThis!Share to TwitterShare to FacebookShare to Pinterest
Labels: History