The phylogeny of plastic bag ties

What is more interesting, though, is that the report was accompanied by a phylogenetic and taxonomic evaluation of plastic ties in general, which the authors named Occlupanids.

Note that the proposed morphological changes in the phylogeny match Cope's Rule of phyletic size increase, as discussed in a previous blog post (Steven Jay Gould was wrong).

Shortly afterwards, one of the authors, John Daniel, set up a web page with a more detailed analysis, under the guise of the Holotypic Occlupanid Research Group (HORG).

Among a lot of other interesting information, there is a revised phylogenetic analysis. 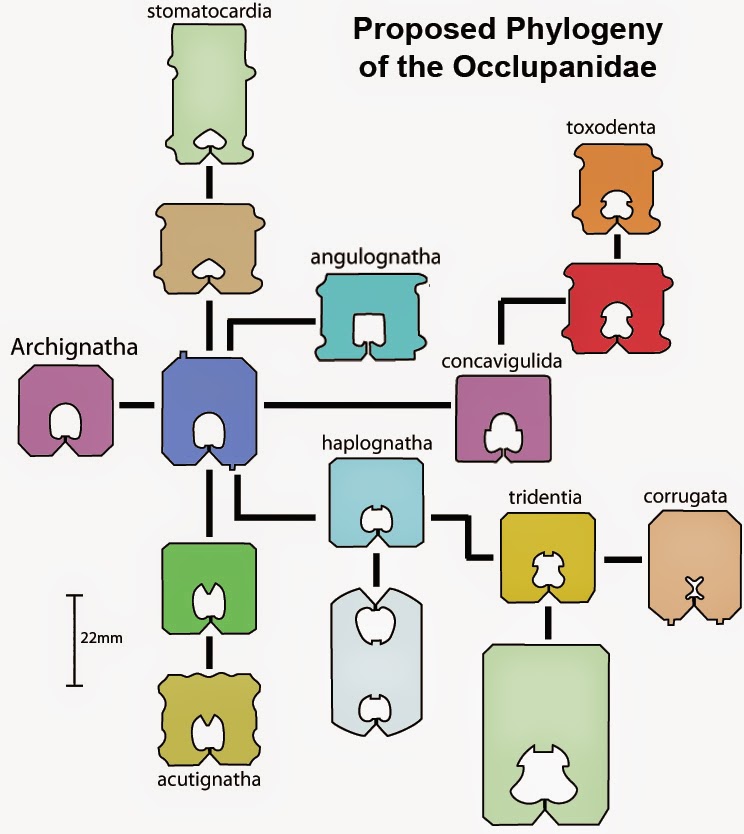 Given the data, it seems fairly clear that the genealogical relationship among these objects is reticulate, and that the trees should thus actually be networks. This follows from the simple fact that these phylogenies are rather uninformative (they are bushes showing a few character transformation series). Also, note that contemporary taxa are ancestors, so that the diagrams are more like population networks than species networks.

These ties are used for packets of sliced bread (a relatively recent invention), and so there has been an explosion of Occlupanid forms as they occupy a new adaptive zone. This is a classic instance of recent speciation that is not yet complete. Occlupanids have now reached pest proportions, except where governments have instituted erradication programmes (such as Europe, where they are no longer found).

Part of the difficulty of analysis is that the objects shown constitute only a small part of the known diversity of Occlupanids (e.g. see this photo and this one). There are a number of manufacturers, and their products constitute separate historical lineages. Morphological features have been transferred from one lineage to another, which is a classic case of reticulate history that has not been taken into account in the above phylogenies.

Indeed, the HORG page is not the only detailed web resource about bread ties — see also the now-defunct but fascinating Transactoid page.