In 2009 and 2010 a group named the Florida Citizens for Science ran what they called a Stick Science Contest, in which the participants contributed stick cartoons that could "be used to educate the general public and especially decision makers about the truth behind one false science argument." In practice, many (but not all) of the contributions concerned mis-interpretations about evolution.

Only the top ten ranked entries for each year were published online. From these finalists, the top three entries received prizes. Here are links to the finalists for 2009 and for 2010.

While the prize-winning entries are good, some of the others are more interesting from the phylogenetic perspective. My favourite one is no. 6 from 2010, by Matthew Bonnan: 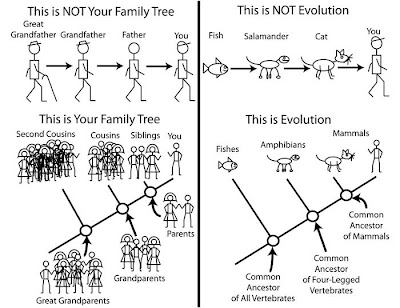 I also like Entry F from 2009, by Jan Stephan Lundquist: 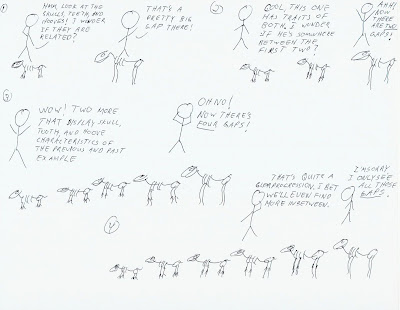 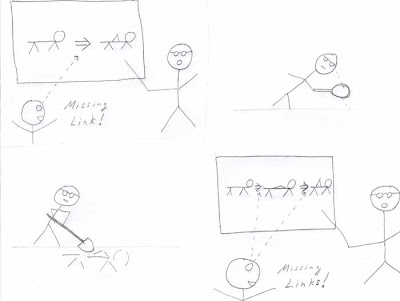 Email ThisBlogThis!Share to TwitterShare to FacebookShare to Pinterest
Labels: Phylogeny