On pages 72-73 of the book Guide to Urban Moonshining: How to Make and Drink Whiskey (written by Colin Spoelman and edited by David Haskell, 2013, published by Harry N. Abrams), there is an illustration of something called the "American whiskeys family tree". This is reproduced in in the article The Bourbon Family Tree for GQ magazine, from where I sourced the copy here. 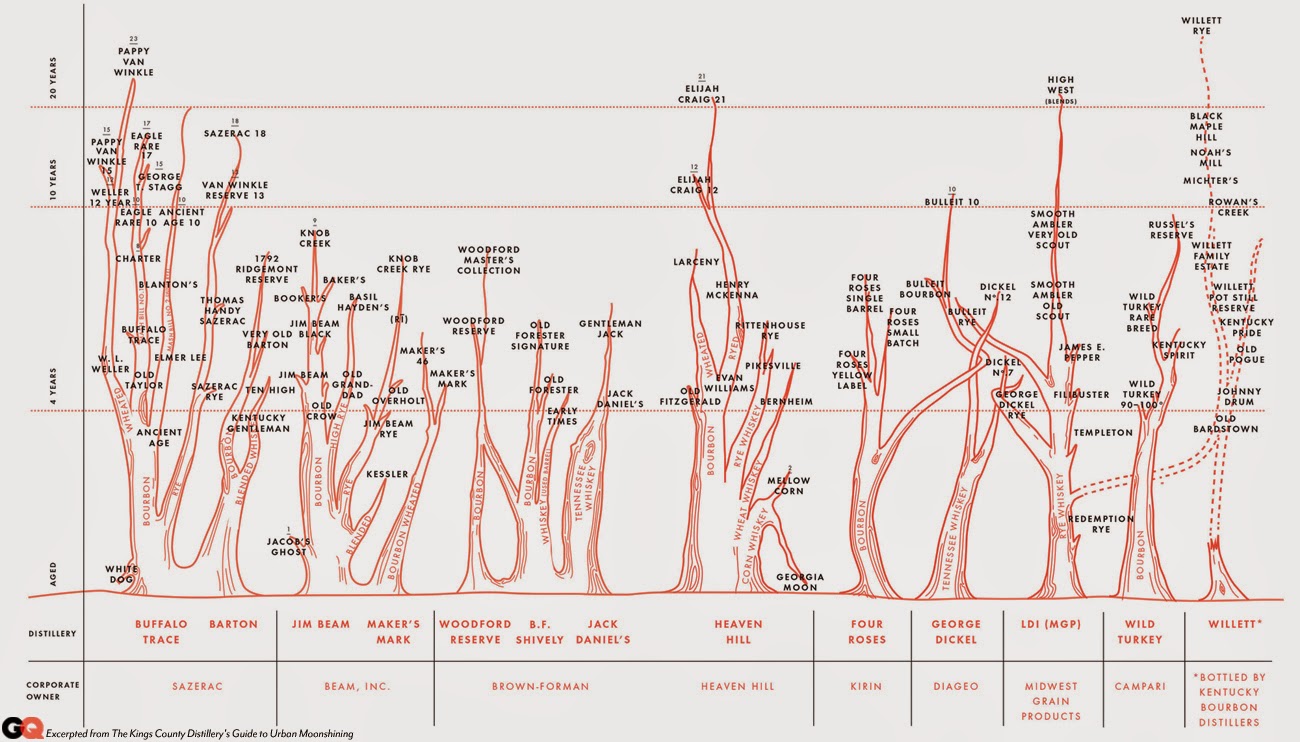 The author describes it as follows:


This chart shows the major distilleries operating in Kentucky, Tennessee, and Indiana, grouped horizontally by corporate owner, then subdivided by distillery. Each tree shows the type of whiskey made, and the various expressions of each style of whiskey or mash bill, in the case of bourbons. For instance, Basil Hayden's is a longer-aged version of Old Grand-Dad, and both are made at the Jim Beam Distillery.

So, while the vertical axis is indeed a time scale, the trees are only marginally family trees in the genealogical sense. This is much more an attempt to illustrate the corporate ownership of American whiskey, which is made principally from corn (and thus is generically called bourbon, although in Tennessee they seem to rarely use this word). The main distinctions among the brands are (i) whether the non-corn part is made from rye, a little bit more rye, or wheat, and (ii) the length of time it is aged between distillation and sale.

The reticulations among the trees apparently refer to blends. The ghost lineages at the right are described thus:


Willett, formerly only a bottler as Kentucky Bourbon Distillers, has been distilling its own product for about a year; I include the brands that it bottles from other sources for reference.

Email ThisBlogThis!Share to TwitterShare to FacebookShare to Pinterest
Labels: Whiskey