One of the basic tenets of modern systematics is that taxonomies should be hierarchical. That is, we arrange things in a nested hierarchy, with decreasing similarity among the objects as we proceed towards the tip. Indeed, one of Darwin's arguments for his version of biological evolution was that specie splitting leads naturally to a hierarchical taxonomy.

However, it is clear that not everyone agrees with this idea. The web is full of things labelled "taxonomy" but which are clearly networks. I have gathered a few of them here for you.

The first example is from Business Insider UK, Everything you need to know about beer, in one chart. It seems to be quite informative. 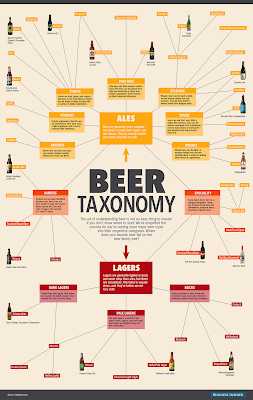 An even more complex version, and thus much more network-like, is available at Pop Chart Lab: The magnificent multitude of beer. However, this is not labelled as a "taxonomy". Just as an aside, there is also A periodic table beer styles (an earlier version is here).

The next one is ubiquitous on the web, but appears to come from Charley Chartwell: A grand taxonomy of Shakespearean insults. It may give you some good ideas! 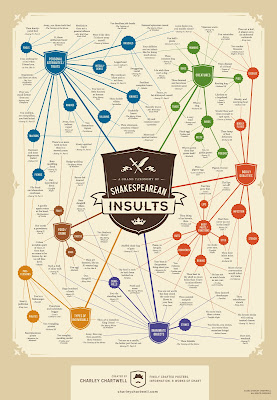 The next one also comes from Pop Chart Lab: The grand taxonomy of rap names. 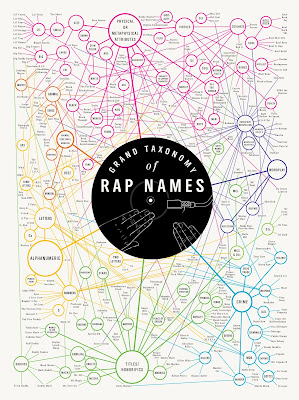 Here is a version without the centre obscured, although it is no longer labelled as a taxonomy: 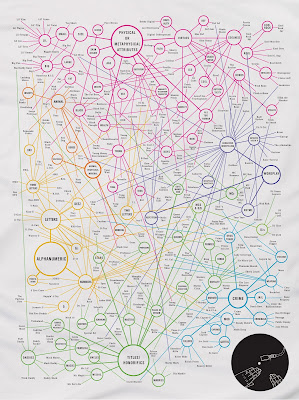 Next we have one from Stephen Wildish: The fish & chip taxonomy. 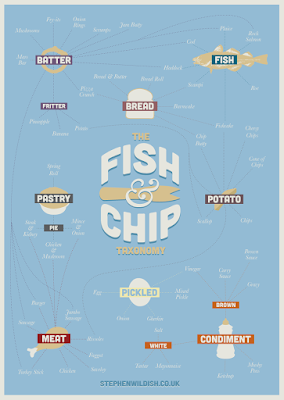 This final network is a bit more cheeky than the others. It is also from Stephen Wildish: A taxonomy of arse. 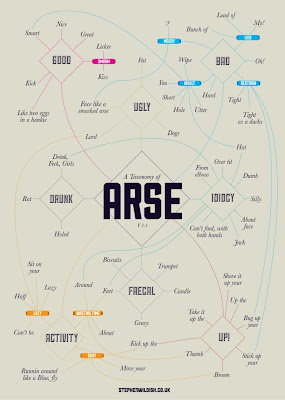 There are many other "taxonomies" out there, many of which are basically star trees, with very few being truly tree-like. Here is a simple "tree" taxonomy, which comes from Kate Turner: The taxonomy of my music. Unfortunately, I think that in reality it should probably be a network, like the others. 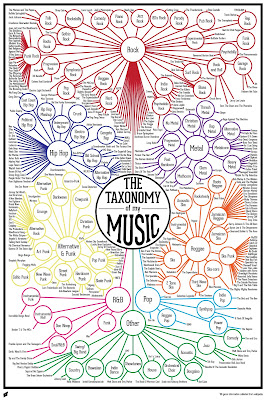