In a few recent blog posts I have discussed the early history of pedigrees, noting that they were usually presented as descent trees (with an ancestor at the top and the descendants below), although some later ones reversed this arrangement. This does not match our description of them as "family trees", of course, because the root of the pedigree is at the top.

I present here another early example, if for no other reason than that I have spent the past hour trying to decipher it. It is a Genealogy of the Saxon Dynasty, particularly the Ottonians. The picture is from the Chronica Sancti Pantaleonis, produced by the Benedictine monastery of Saint Pantaleon in Cologne in 1237 CE, which was itself based on the Chronica Regia Coloniensis [Royal Chronicle of Cologne], first compiled about 1177 CE in Michaelsberg Abbey, Siegburg. 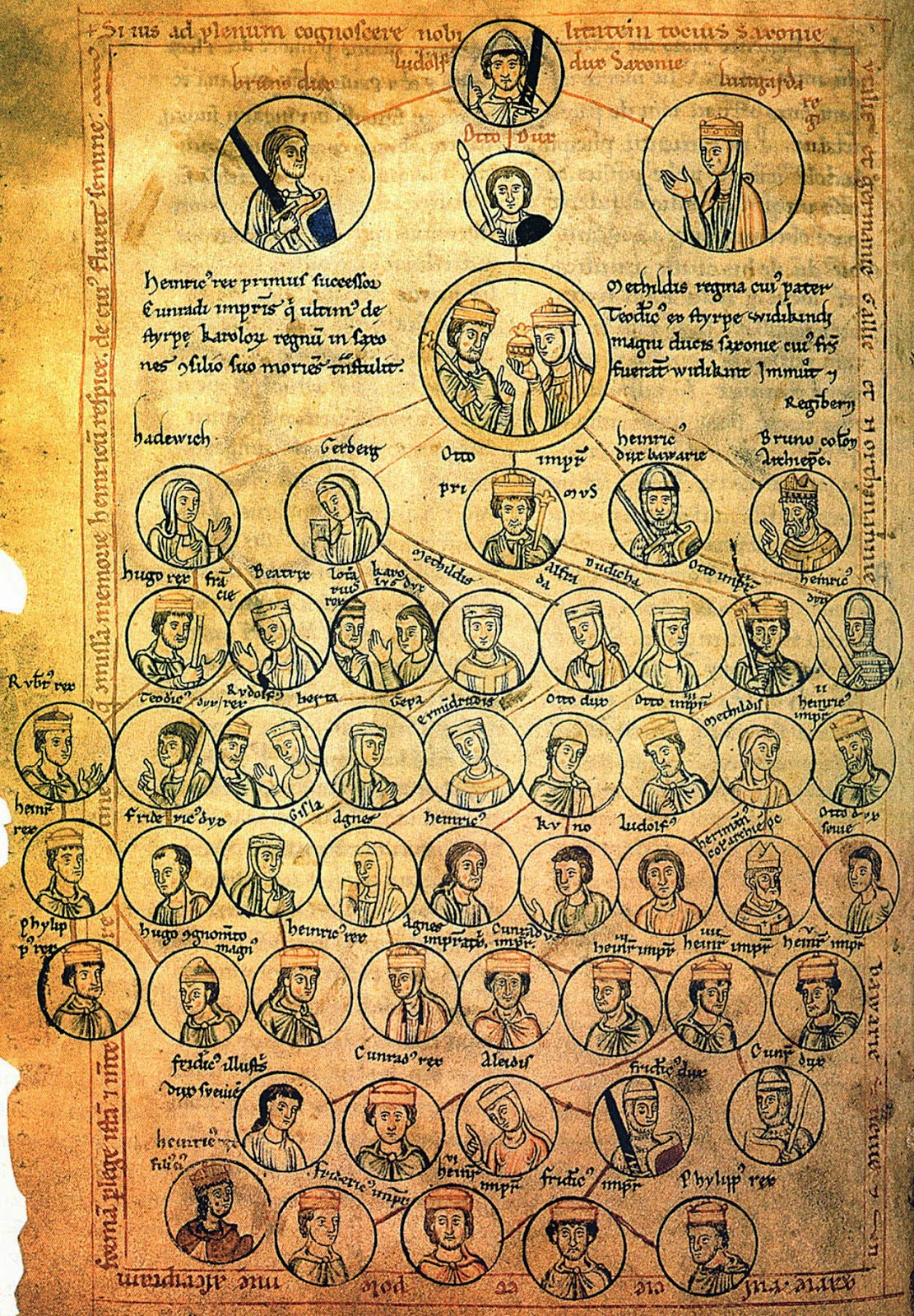 Heinricus rex and Methildis regina are the founding couple in the double circle. Henry the Fowler did not himself become Holy Roman Emperor, but he created a situation where his descendants could do so, and did. They are numbered in the next diagram in the order in which they ruled. Number 9 is missing, this being Lothair II, who was not part of the family. 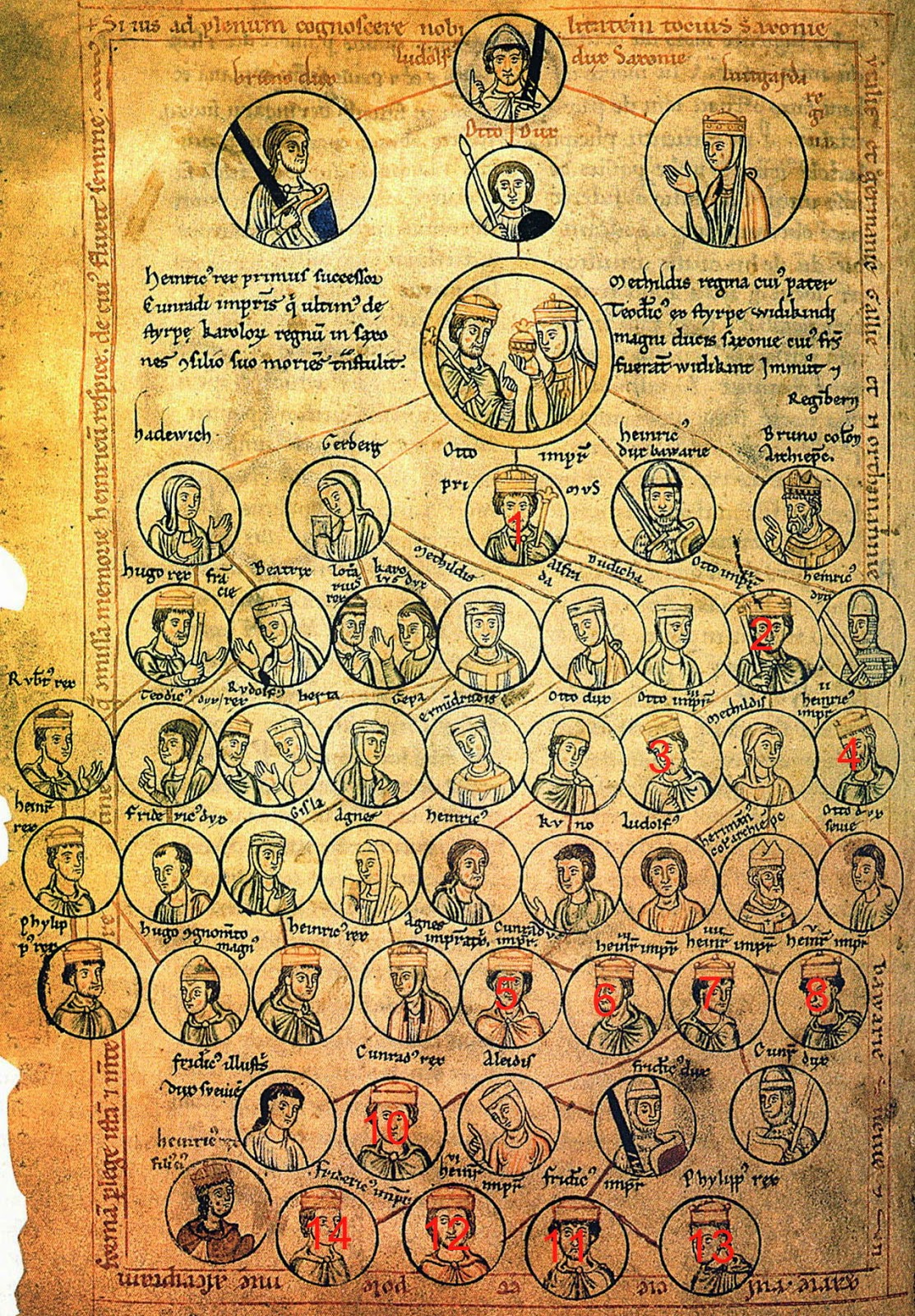 There are several things to note: