Noteworthy is the particularly frisky nature of Zeus, who "got around a bit", to put it mildly. As shown in the first diagram, Zeus was the offspring of Cronus and Rhea. However, he then fathered children with at least nine people, including two of his own sisters, an aunt, a first cousin, and several first cousins once removed, among others. This creates the complex network shown.

However, not everyone wants to draw family genealogies as reticulating networks. After all, they are usually called "family trees". As shown by the examples below, the most common way to reduce a network to a tree is simply to repeat people's names as often as necessary. That is, rather than have them appear once (representing their birth) with multiple reticulating connections representing their reproductive relationships, they appear repeatedly, once for their birth and once for each relationship, so that there are no reticulations. I will leave it to you to count how often Zeus appears in each of these so-called family trees. 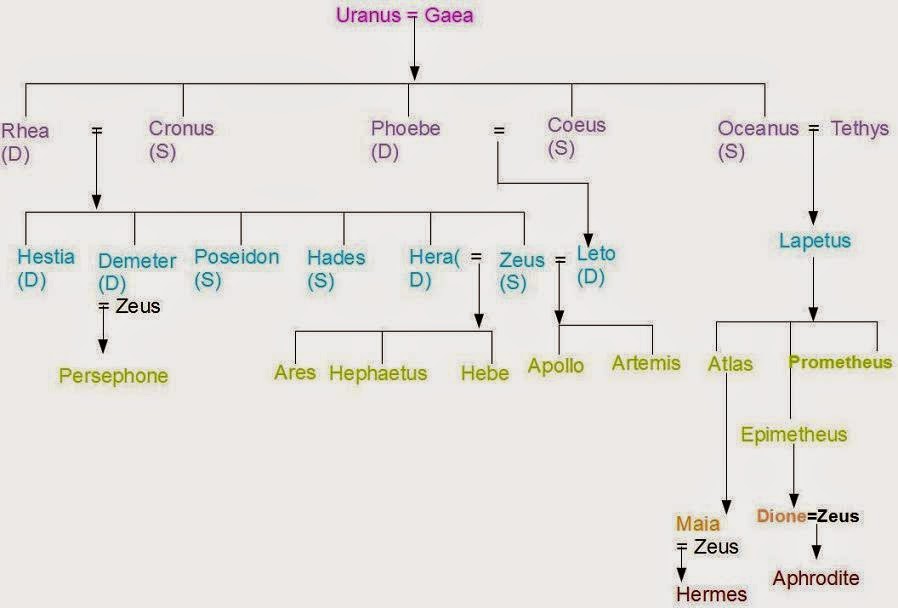 Clearly, this is misleading, and it makes no sense to obscure the fact that a so-called tree is actually a reticulate network. If relationships are reticulate then it is best to illustrate them that way, rather than to disguise the networks as trees.